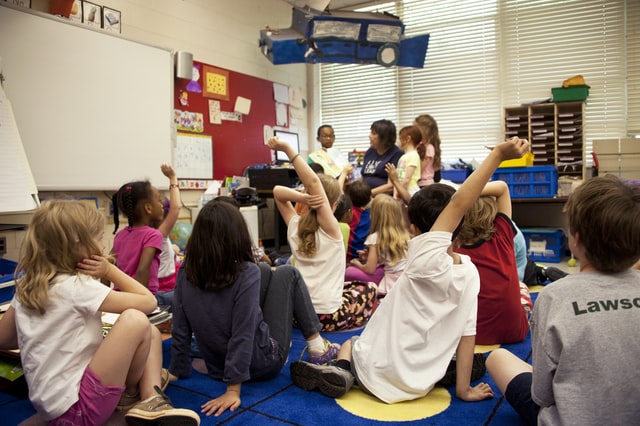 Since the 1960s, educational equality concerns have sparked litigation in nearly all 50 states.[1] While some plaintiffs have been successful, and some defendants have been successful, no side has ever truly won. In some instances, litigation has prompted specific policy changes, school funding formulas, and curriculum review.[2] In others, legislatures have taken on the challenge of restructuring education finance and tax structures without court orders. However, in no instance has the problem of inequitable public education funding been unequivocally resolved.

One of the most significant decisions to come from public-school funding litigation was the United States Supreme Court’s 1973 ruling in San Antonio Independent School District v. Rodriguez. The suit was initiated by Mexican-American parents whose children attended elementary and secondary schools in an urban school district in San Antonio, Texas. They brought a class action attacking the Texas system of financing public education on behalf of school children throughout the State. The issue before the Court became whether a system of financing public education based on property taxes, resulting in significant disparities in funding among school districts, violated the Fourteenth Amendment rights of children attending those schools in less-affluent districts.[3] Ultimately, the Court answered it did not.[4] The Court reasoned that there were no sensible, less discriminatory alternatives to collect revenue for the public education system in Texas and, therefore, held that the system did not violate the Fourteenth Amendment.[5] Creating alternatives, the Court argued, would raise significant and subjective questions of educational policy which would be best answered by the states.[6]

Although Federal Courts have continuously refused to find a fundamental right to education, there is still a compelling argument that this right is worthy of reconsideration. Education is recognized as essential for the exercise of constitutional rights, for economic opportunity, and ultimately for achieving equality. As a result, several state courts – including the Pennsylvania Supreme Court – have found a fundamental right to education under the authority of their state constitutions.

Currently, Pennsylvania considers the state government and local school districts to be partners when it comes to providing funding for public schools. However, as the state itself points out, the partnership has been less than equal.[7] A mere 38% of school district revenues are funded by the state. After adding a sliver of federal funding, local property taxes are forced to make up the remaining 58%. These statistics rank Pennsylvania at 46th in the country in the state’s share of funding for public schools.[8]

Because the state relies so heavily on local property taxes to fund education, inequities between poor and affluent school districts become increasingly apparent between children living in poverty and their non-impoverished peers.[9] The National Center for Education Statistics stresses that “Pennsylvania school districts on average spent about $14,405 per student during the 2015 fiscal year — more than the $11,454 national average.”[10] Somehow, the Commonwealth of Pennsylvania is spending nearly $3,000 more per student than the national average, yet consistently has the largest spending disparities among school districts in the country.

In an effort to better meet the educational requirements of Pennsylvania’s constitution, the General Assembly developed a student-weighted basic education funding distribution formula that was signed into law under Act 35 of 2016, known as the Pennsylvania Fair Funding Formula.[11]

The formula begins with the number of students in each school district, based on the average daily membership of students over the last three years.[12] Students facing certain challenges, such as poverty or language barriers, require greater funding. Therefore, the formula applies funding weights to account for the degree to which each factor increases the cost of educating a student.[13] From there, the formula applies three school district-based factors that claim to consider community differences throughout the state’s school districts: sparsity-size adjustment, median household income index, and local effort capacity index. These numbers consider the extent to which a district is carrying its burden by raising local revenues and the ability of a school district to generate local revenue, as estimated by personal income and property market value in the district.[14] These factor-based weights are then applied to the original student count in each school district to determine how much funding should be allocated to that district specifically.[15]

In theory, an efficient school funding formula, even using property taxes such as this one, should be quite simple. A state needs to calculate how many students are in each district, and how much money each of those students needs to succeed. From there, the state needs to determine how much that district is able to finance through taxes. Whatever is left, the state will make up. In this instance, although some districts may not be able to finance as much as others, each district still receives an equal amount of funding through the aid of the state. Of course, it is not that simple because the state does not have enough money to make up the difference in every district. That explains why currently, the Pennsylvania model is flipped: the state supplies a certain amount of money every year and then local property taxes are expected to make up the difference.

Because Pennsylvania’s overreliance on local funding is the primary cause of its inequity,[16] an ideal solution would be to eliminate local property tax-based funding altogether and receive more money from the state. This has been proven nearly impossible. To serve as a remedy instead, the state needs to create a fair funding formula that meets the state’s adequacy needs but also one that is applied to a larger amount of basic education funding dollars, if not all funding dollars.[17] It has been estimated by the Public Interest Law Center that “school districts collectively may require between $3-$4 billion in additional state aid to reach adequacy,”[18] all of which should be sifted through the fair funding formula. Doing so would allow students in districts that struggle to raise local funds and have higher educational needs to receive more state funding and ultimately meet constitutional requirements.[19]

Furthermore, a report by the Lincoln Institute of Land Policy suggests some of the following policies: provide circuit breakers to reduce tax burdens, allow tax deferral, allow monthly or quarterly payments, reassess properties more frequently, and show taxpayers exactly how their tax dollars are being used.[20]

Despite the state’s efforts, the current system’s inequities make it unreasonable to allocate proper funds to districts in need. State aid is lacking to provide efficient funding and thus adequate education to the Commonwealth. Though the General Assembly has taken a substantial step in the right direction with the enactment of the 2016 Fair Funding Formula, it still needs further revision so it can be applied to all federal, state, and local funding dollars. To accomplish both equitable and adequate school funding in Pennsylvania, the state requires a considerable investment to meet the needs of individual districts and their students, as well as to satisfy the state’s constitutional requirements.