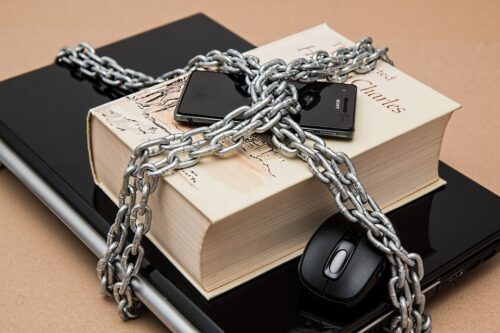 Young adults today are accustomed to warnings from parents, teachers, and authority figures about posting controversial or inappropriate content on social media websites. Now, in a society that has enjoyed easy internet access for over two decades, seasoned social media users have experienced their past online behavior coming back to haunt them. Recent social awareness and “cancel culture” have forced public figures to confront their past online faux pas, making this type of reckoning commonplace. However, rigorous online scrutiny has become a major area of concern within the college admissions process and yet is frequently forgotten until a past mistake becomes a pivotal factor in the decision of whether to admit an applicant.

In the last several years, the public has been repeatedly horrified by photographs or videos of racist or offensive behavior circulating throughout the web, putting applicants’ online conduct onto admissions officers’ radars. [1] Particularly, during the summer of 2020, the death of George Floyd, a Black man, and the video of his arrest by former police officer Derek Chauvin circulated throughout the internet at rapid speeds, eliciting a multitude of reactions from all walks of life, including some that were controversial or prejudiced. [2] As a result, nearly a dozen schools have publicly rescinded admission of certain students for posting racist or divisive sentiments online, placating students and alumni that demand discipline for these actions, and infuriating others who assert that punishing students for online posts is a violation of the student’s right to freedom of speech. [3]

The First Amendment guarantees that the United States government is forbidden from “abridging the freedom of speech” of any of its citizens [4] ; however, private institutions, including universities [5] and employers [6] , are not directly bound by the protections afforded by this amendment. This affords private schools the authority to discriminate against applicants and current students for virtually any reason, aside from several exceptions that would constitute unconstitutional discrimination. [7] Scholars in this area define this right as “institutional academic freedom,” which is considered a special concern encompassed under the First Amendment. [8] The U.S. Supreme Court has upheld a university’s freedom “to make its own judgments as to education includes the selection of its student body.” [9] This freedom is comprised of four elements: the freedom “to determine for itself on academic grounds who may teach, what may be taught, how it shall be taught, and who may be admitted to study.” [10] The Court asserts these freedoms must be protected to uphold a university’s need “to provide that atmosphere which is most conducive to speculation, experiment, and creation.” [11]

Since there are virtually no limitations imposed upon private universities in approaching instances of applicants or students posting hateful content online, admissions boards are free to choose from several plans of disciplinary action. When the outcry for disciplinary retaliation grows large enough to demand widespread public attention, many universities demonstrate a no-tolerance policy and rescind admissions altogether. [12] Amidst the protests that occurred after George Floyd’s death, Cornell University revoked a football recruit’s position on their team after a Snapchat video of him using a racial slur spread across Twitter; it was later reported that he would no longer be attending Cornell for the upcoming academic year. [13] South Methodist University’s Dedman School of Law acted similarly in revoking an incoming student’s admission after a video displaying “racially offensive behavior” circulated on social media. [14] A statement from the law school asserted that this student’s behavior “contradicts the university’s core values—specifically, its commitment to diversity and inclusion.” [15]

Other private institutions, often in the same vein as public universities, choose not to act to uphold the doctrine of freedom of speech within their academic environments. [16] The Foundation for Individual Rights in Education (“FIRE”), an activist group that provides counsel for applicants and students that have experienced discipline in retaliation for their statements or actions, believes that private universities present themselves as arenas of free thought and expression and should be held to this standard accordingly. [17] “If a private college advertises itself as a place where free speech is esteemed and protected—as most of them do—then it should be held to the same standard as a public institution.” [18]

Public universities, however, must approach this dicey terrain with much more caution than private universities. Being government institutions powered by state funds, public education institutions are bound by the guarantee of freedom of speech, but still maintain a certain level of discretion in the admissions process. Like other public entities, public universities may only constitutionally abridge a student’s right to free speech when the statement in question falls into one of the narrow categories of unprotected speech, such as fighting words, true threats, and incitement to violence. [19] Notably, courts have never expanded the exceptions to free speech to include hate speech, the category that most of the controversial posts typically fall under. [20] The Supreme Court deemed past congressional attempts to exclude hate speech from First Amendment protection unconstitutional. [21] In a 2017 opinion that struck down a federal statute that allowed the U.S. Patent and Trademark Office to deny registration for racially disparaging trademarks, Justice Samuel Alito explained that “speech that demeans on the basis of race, ethnicity, gender, religion, age, disability, or any other similar ground is hateful; but the proudest boast of our free speech jurisprudence is that we protect the freedom to express ‘the thought that we hate.’” [22]

This sentiment acted as the motivation for Louisiana State University and Mississippi State University to not revoke admissions of incoming students that were filmed using racist language. [23] Despite being “horrified” by these incidents, Cliff Smart, the President of Mississippi State University, explained that he is legally bound to uphold the principles of free speech: “the video—as hurtful, insensitive and offensive as it is—is protected by the First Amendment, as was the language in the social media posts.  I will admit that it was tempting to ignore the First Amendment in this case.  Doing so would violate our legal obligations but, more importantly, it would effectively prevent the university from accomplishing its mission.”

At the risk of the legal consequences likely to follow, some public universities execute a no-tolerance policy concerning racist or controversial online behavior [24] , not only to maintain campus harmony and safety, but also to maintain a holistic admission process. [25] This approach centers admission “on judgments about particular students’ likely ability to succeed and thrive at a given institution and, as importantly, a student’s potential to contribute to the teaching and learning experience of their peers and ultimately to affect contributions of the institution to society.” [26]