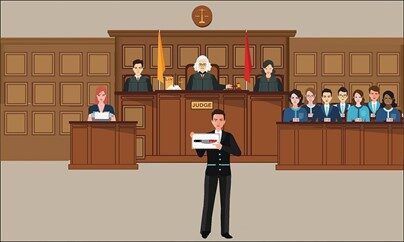 On September 4, 2020, Curtis Flowers was officially released from Mississippi state custody after having murder charges against him dropped. These charges are what forced Flowers to endure six separate trials. [1] The trials resulted in four convictions, four death sentences, and two hung juries. [2] One common thread that plagued each of his trials was racial discrimination throughout the jury selections process.

On Tuesday, July 16, 1996, the owner of Tardy Furniture in Winona, Mississippi and three of her employees were shot and killed at the Tardy Furniture store. [3] Several months later, 26-year-old former employee Curtis Flowers, a black man, was arrested and indicted on four counts of capital murder. [4] Flowers maintained his innocence, while District Attorney Doug Evans painted Flowers as a disgruntled former employee out for revenge for being fired. [5] The case against Flowers was primarily based on a bloody shoeprint, gunpowder residue, eyewitness testimony, and the supposed murder weapon, a .380 caliber pistol. [6] Ultimately, Evans chose to try Flowers for the death of the store owner, Bertha Tardy. [7] Flowers was ultimately convicted and sentenced to by death an all-white jury. [8] In 2000, the conviction was overturned by the Mississippi Supreme Court. [9] The Court found that the prosecution improperly prejudiced the jury by treating the trial, which was for a single murder, as a trial for the murder of all four victims. [10] Further, the Court also found that the prosecution repeatedly asked improper questions not in good faith, impropriety based on racial discrimination in jury selection, and other assignments of error. [11]

While the first conviction was still under appeal in 1999, Flowers was separately tried for the murder of Derrick Stewart. [12] Once again, Flowers was convicted of murder and sentenced to death. [13] The jury in this case consisted of 11 white jurors and one black juror. [14] After an appeal, the Mississippi Supreme Court overturned the conviction and death sentence. The Court found that the prosecution employed a prejudicial strategy in trying Flowers for all four murders instead of one, in addition to arguing facts not in evidence. [15] Additionally, the Court found that District Attorney Doug Evans had discriminated against a potential black juror in the jury selection process. [16]

In February 2004, Flowers was tried for all four murders in the same trial after consolidation. [17] Flowers was convicted of all four murders and sentenced to death. [18] During jury selection, the prosecution used its first seven peremptory strikes against African-American jurors, before Flowers lodged a challenge based on racial discrimination which was later denied. [19] The prosecution then used its remaining five peremptory strikes against African-American jurors and all three of its strikes of alternate jurors against African-Americans. The final result was  resulting a jury of 11 white jurors and one black juror. [20] Flowers appealed his convictions and again had them overturned due to racial discrimination in jury selection. [21] The Court found that the prosecution was racially motivated in two of its peremptory strikes and that several others were suspect. [22]

In 2007 and 2008, Flowers’ fourth and fifth trials ended with mistrials due to a hung jury. [23] In the 2007 trial, seven members of the jury were white while five were black. [24] The jury split along racial lines, the white jurors voted to convict, and the black jurors voted to acquit. [25] In Flowers’ 2008 trial, the jury had nine white jurors and three black jurors. [26] The jury ended up deadlocked with eleven votes to convict and a single vote to acquit. [27]

Flowers’ sixth trial was held in 2010 where Flowers was convicted of all four murders and sentenced to death. [28] During jury selection, District Attorney Evans used peremptory challenges on five of six potential black jurors, resulting in eleven white jurors and one black juror. [29] Flowers appealed his conviction to the Mississippi Supreme Court based on racial discrimination in jury selection, but the Court affirmed his convictions in 2014. [30] Flowers further appealed to the United States Supreme Court and in 2016, the Court remanded the case to the Mississippi Supreme Court to reexamine the treatment of black potential jurors during the trial. [31] In 2017, the Mississippi Supreme Court voted 5-4 to affirm Flowers’ convictions. [32] Again, the United States Supreme Court granted certiorari in November 2018 to hear another appeal of the Mississippi court’s decision. [33] In a 2019 opinion authored by Justice Kavanaugh, a 7-2 majority voted to grant Flowers the fourth reversal of murder convictions against him. The Court found that the prosecution had racially discriminated against black jurors. [34] The Court noted that the prosecution used 41 of its 42 peremptory challenges on black jurors across the six trials, engaged in radically disparate questioning of white and black jurors, and struck at least one black potential juror based on race. [35] Curtis Flowers was released on bail in December 2019, [36] and all charges against him were dropped in September 2020. [37]

A crucial case that served as the keystone in Flowers’ appeals was Batson v. Kentucky. Batson involved a criminal trial against a black man in which the prosecution used peremptory challenges against all four potential black jurors. [38] The Supreme Court in that case found that the Equal Protection Clause of the 14th Amendment forbids the prosecution from striking potential jurors based on race. [39] In what became known as a “Batson challenge”, a defendant may establish a prima facie case of racial discrimination based on the use of peremptory challenges, by showing that he is a member of a cognizable racial group, that the prosecutor used peremptory challenges to remove member’s of the defendant’s race and that the facts and circumstances raise an inference that the prosecutor discriminated based on race. [40] The burden then shifts to the prosecution to present a race-neutral reason for the strike. [41]

While the Batson challenge process ultimately saved Curtis Flowers’ life on more than one occasion, many now believe the process to be flawed and without real effect. [42] This is primarily based upon the race-neutral reasons put forth by prosecutors that often appear insubstantial. For example: too young, too old, lives along, and overeducated. [43] Fortunately for Curtis Flowers, the racial discrimination in his trials was so apparent that appellate courts recognized it on four separate occasions.

[42] Gilad Edelman, Why Is It So Easy for Prosecutors to Strike Black Jurors?, New Yorker (June 5, 2015), https://www.newyorker.com/news/news-desk/why-is-it-so-easy-for-prosecutors-to-strike-black-jurors