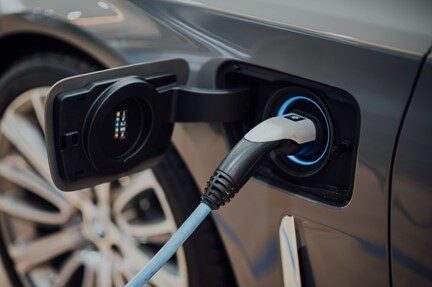 On September 23, 2020, California Governor Gavin Newsom issued an  Executive Order which purports to effectively ban the sale of gas-powered vehicles in that state by 2035. [1]  The Order goes so far as to leverage the adverse economic impact of the Covid-19 Pandemic as a rationale for the sweeping policy change. [2] However, the plan likely hinges on a favorable outcome for the state in its dispute with the Trump Administration in the Circuit Court of Appeals for the District of Columbia over the revocation of its waiver to regulate vehicle emissions under the Clean Air Act (“CAA”). [3]

The dispute between the state and the Administration is over California’s ability to regulate fuel economy and mandate zero-emission vehicles at the state level. [4] Both the Environmental Protection Agency (“EPA”) and National Transportation and Highway Safety Administration (“NTHSA”) argue that Congress explicitly preempted individual states’ ability to do so under the Energy Policy and Conservation Act (“EPCA”) which gives the U.S. Department of Transportation the right to set national fuel economy standards. [5]

Under the CAA, Congress created a waiver for California to regulate certain “criteria-pollutant” problems at the state level. [6] Since 1968, various waivers have enabled the state to independently regulate emissions from tailpipes because of its “unique smog problems.” [7] Various tailpipe emissions such as carbon monoxide, nitrogen dioxide and other oxidants are more hazardous to human health in California because of issues particular to the state. [8] Those issues— such as geography, topography, photochemistry, and the unique California climate diverge from the nation as a whole and thus provide the catalyst for a limited waiver.. [9] Qualification for a preemption waiver requires California to meet an elemental test by demonstrating a “particularized, local nexus” between (1) pollutant emissions from sources, (2) air pollution, and (3) resulting impact on health and welfare. [10]

The EPA alleges that, inter alia, “no such nexus exists for green-house gasses since GHG’s from within the state are no more relevant than GHG’s released elsewhere, that GHG’s are globally mixed, and that the climate-change impacts in California are not ‘extraordinary’ to the state.” [11] Based on this, the EPA revoked the state’s waiver to regulate GHG’s in 2019—effectively making zero-emission mandates illegal at the state level. [12]

California asserts that revocation of the waiver is improper on these grounds because it has demonstrated “compelling and extraordinary impacts” particular to the state as a result of climate change. [13] In its Brief, California cites “reductions to its water supply, damage to the State’s extensive coastline and ocean ecosystems, aggravation of existing and severe air quality problems and related adverse health impacts, increases in catastrophic wildfires, and threats to the State’s economy, including its agricultural sector.” [14] The California legislature defined these threats in 2002 and directed the California Air Resource Board (“CARB”) to regulate GHG emissions. [15] California further contends that its waiver is necessary where forty percent of California’s GHG emissions are attributed to the transportation sector. [16]

However, EPA points out that GHG emissions from California are not “more relevant” to climate change than emissions from vehicles in other states (or other countries for that matter) because the resulting GHG emissions are “globally mixed.” [17] Moreover, EPA argues the process it has implemented at Congress’ direction results in greater GHG reductions where stringent and less feasible standards, like California’s, yield higher costs to manufacturers which then pass to consumers. These costs have the negative and unintended consequence of forcing working families to delay newer vehicle purchases and instead hold on to vehicles with older, less clean technology for longer periods. [18] Thus, less affordable technology results in delayed turnover of the nation’s vehicle fleet as a whole. [19]

Elsewhere, California cites “reliance” issues to demonstrate why its waiver should not be revoked—an arguably more potent predicate. Here, the state rightly asserts that its decisions to regulate GHG’s in various industries—as required under state and federal law—are done in reliance on specific targets it sets for the transportation sector. [20] Revocation of its waiver thus creates the nearly impossible situation where the state would be forced to turn on a dime and upset regulations in place of other industries who have relied on California’s standards while assuming a continued waiver under the CAA.

However, the case may now be mooted as a result of the 2020 Presidential Election. With a Biden administration apparently imminent, there is little doubt that EPA and NTHSA under the new Administration appointed leadership will drop the case and grant California its waiver.

Moreover, General Motors (“GM”), recently announced that it will no longer be a party to the case. In a statement made by Chief Executive Officer Mary Barra, GM will “immediately [be] withdrawing from the preemption litigation and inviting other automakers to join us.” [21] The statement and subsequent dropping of GM’s claim caught several other manufacturers who are also party to the suit off-guard. Toyota Motor Corporation has not withdrawn, but responded after Barras’s announcement that “given the changing circumstances, we are assessing the situation, but remain committed to our goal of a consistent, unitary set of fuel economy standards applicable in all 50 states.” [22]

Even if California succeeds in securing its waiver, Governor Newsom’s elaborate plans expressed in the five-page Executive Order will undoubtedly face a multitude of challenges—both practical and legal. The Order is far from a legal mandate. Though most news outlets reported the Order as a definitive action effectively ending sales of vehicles with internal combustion engines in California in 2035, the Order is essentially aspirational and carries little legal weight. [23] Far from the implementation of his own “Green New Deal,” Governor Newsom’s Order directs state agencies to promulgate rules to reach various “goals” that he says are “necessary to combat the climate crisis” where feasible in a 15-year time period. [24]

What is not clear from the Order is how the state plans to power its vast transportation needs absent fossil fuels. A cursory look at energy data instructs that many gaps would need to be filled for such a plan to be realistic. For example, California utilities currently struggle to provide sufficient power required by its customers while operating under the weight of state government green energy mandates. [25] Currently, California imports nearly 1/3 of its electricity from generating facilities outside of the state. [26] California strains, and often fails, to keep the lights on for residential utility customers. [27] At the same time, and notwithstanding California’s rich natural resources, families and businesses in the state pay the sixth-highest price for retail electricity in the country. [28]

As it stands, Governor Newsom’s Order directs various state agencies to “develop a Zero-Emissions Vehicle Market Development Strategy by January 31, 2021, and provide updates every three years thereafter” to reach the goals outlined in the Order. [29] Putting this short runway aside, all eyes will be focused on the disposition of the State’s CAA waiver case which has not yet been scheduled for oral argument at the DC Circuit as of this writing.