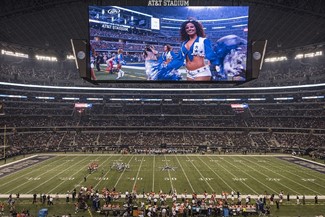 In November of 2018, I wrote a Juris Article titled “NFL Contracts and a Glimpse into Le’Veon Bell’s Contract Dispute.” The focus of this article was Le’Veon Bell’s contract dispute with the Steelers. For those unfamiliar with the dispute, it began in 2017 when Bell received the franchise tag despite threatening to retire if he had received the tag.[1] Fast forward to 2020, the franchise tag is still a looming giant in the minds of NFL players. Following the game between the Dallas Cowboys and the New York Giants on October 11, 2020, the franchise tag is again making headlines. Dak Prescott, the Cowboys’ Pro Bowl quarterback, suffered a compound fracture and dislocation of his right ankle before he was taken off the field with an anticipated season-ending injury.[2]  On June 22, 2020, Prescott signed a one-year franchise tag tender worth $31.4 million.[3]

What this franchise tag means for Prescott is that he is guaranteed $31.4 million in 2020 and he can continue to collect that money after being placed on injured reserve.[4] “Injured Reserve” allows teams to hold onto players that have suffered an injury that would keep them out of the game for a prolonged period of time.[5] Following Prescott’s injury in the Sunday night game, the Internet exploded with commentary questioning whether or not Prescott was “foolish” for declining the Cowboys’ long-term offers and instead signing the franchise tag in light of the ankle injury.[6] The crux of the allegations of “foolishness” is that now, with the injury, Prescott is not guaranteed any money past the 2020 season for which he has the $31.4 million franchise tag.[7] What the Internet commentators may fail to consider is that a lot more goes into these contract negotiations than the face value of the contract. Each player may take a position with the franchise tag after deeply considering their own goals in terms of pay, length of contract with the team, and their own assessments of risk.

For Prescott, a franchise tag seems preferable as he has repeatedly declined contract extensions from the Cowboys in favor of going year-to-year.[8] Interestingly, this is the exact opposite position that Le’Veon Bell took in his contract dispute with the Steelers. However, the franchise tag Bell was being offered was worth $14.544 million, which is half the value of what was offered to Prescott.[9] One of the factors Prescott took into consideration when accepting the franchise tag included the length of the contract for which Prescott would be retained by the Cowboys.[10] Prescott was hoping for a shorter deal than Dallas was willing to offer and Dallas was hoping for a longer deal which would lead to more cap flexibility for the organization.[11] In addition, it is speculated that Prescott also took into consideration his loss-of-value and disability insurance policies, as well as multiyear endorsement deals, that total over $50 million when making his decision to sign the franchise tag.[12] The presence of these insurance policies protect the quarterback in the event of a career-threatening injury.[13]

So, while it is often tempting to make emotionally-driven arguments about what a player should or should not do in terms of accepting the franchise tag, the franchise tag seems to be a lot more of a complex issue than can easily be explained away by allegations of players being money-hungry or individualistic. Each individual player has to take into consideration a laundry list of factors that the franchise tag affects, including the amount of time they desire to spend with a team and how well they have planned for their own risk of loss, including injury. Moreover, while the franchise tag argument commonly results in disputes on whether an individual player has loyalty to his franchise, it is crucial to remember that these players are negotiating for their careers, livelihood, and for their health and security. Every single player in the NFL whom the franchise tag could be offered to will ultimately have their own reasons for whether or not to accept based on a number of particularized reasons, so long as the franchise tag is a crucial component of the bargaining process.