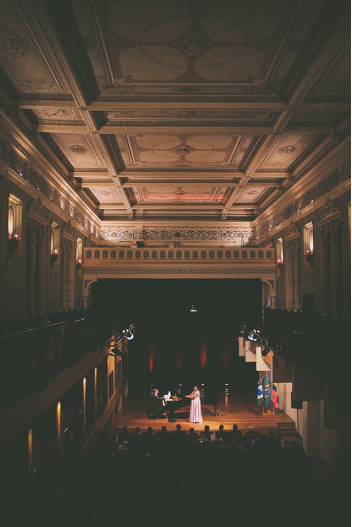 As the Presidential election barrels toward the finish line, and with few statewide races in Pennsylvania, the contest for Attorney General (“AG”) is taking center stage. Local “Super Lawyer” Heather Heidelbaugh of Mt. Lebanon is running a competitive race. [1]

In July, I interviewed Heidelbaugh for the Duquesne Juris Blog to find out how she would run the Office of Attorney General (“OAG”) as the state’s top lawyer. Admittedly, I was slightly nervous to interview a pillar of the Pittsburgh legal community, but those nerves dissipated quickly as Heidelbaugh began peppering our conversation with questions about my background and what brought me to Duquesne Law. It’s evident that her success as a trial lawyer can, at least in part, be attributed to her ability to connect with people and elicit detailed information. Within 10 minutes, Heidelbaugh likely knew more about me than some people I’ve known for years.

Heidelbaugh grew up in Missouri where her mother supported the family as secretary after her father left when she was eight. After working her way through college and law school, she moved to Pittsburgh and built a distinguished legal career [2] as a trial lawyer when opportunities for female attorneys were few and far between. Along the way, she managed to raise two kids and dealt with the painful loss of her ex-husband to alcoholism—an experience she discusses candidly.

“I love our country; I deeply love our country” says Heidelbaugh of why she is running. “I have so much gratitude for what has been given to me by this country, and if the people want me to, I will serve.” It’s evident Heidelbaugh’s gratitude is incident of the ability to be the architect of one’s own future. That choice to focus on creating opportunity rather than falling victim to life’s limitations also informs Heidelbaugh’s conservative principles.

In 1980, the state AG became an elected position, of which the duties are spelled out in the Commonwealth Attorneys Act [3] “The authority of the AG springs from the original jurisdiction component of that act; they are bound to that,” says Heidelbaugh, while demonstrating her command of the statutory framework governing the AG’s role.

“A large part of the job is defending laws duly passed by the people’s representatives.” Heidelbaugh, who has tried 65 cases in Federal, State and County court argues that she is well suited to carry out those duties. With over 800 employees to manage, Heidelbaugh points out that the AG has to delegate a lot of work. She argues that the chief law enforcement officer of the state needs a solid background in legal practice rather than politics.

“I’ve practiced law every day for 36 years, I think you can manage better with deep experience. I’m not sure how you manage if you don’t understand the law.”

As an elected official, the AG’s political leanings necessarily factor into the job. For Republicans, this inherently requires a respect for the rule of law, separation of governmental powers, and a focus on individual liberty. “As a conservative, I believe in limited government.” Heidelbaugh describes her conservative approach in terms of staying within the four corners of the Commonwealth Attorneys Act. “The Attorney General does what they are supposed to do, the Governor and Legislature do what they are supposed to do.”

Heidelbaugh says she will run a “traditional AG office,” and will take an oath to do the job as delineated in the Act. She concedes that this will likely require her to argue the constitutionality of laws she disagree with—but points out that the AG is supposed to be the lawyer for the people, who are entitled to a vigorous defense.  “This should not be aggrandizement of power, or an ego trip, it should be the exact opposite. The AG should be humble because people have entrusted you with their funds to represent them.”

That’s not to say that Heidelbaugh doesn’t plan to wield influence. “The office comes with a bully pulpit.” She sees the country as being in the midst of a mental health and addiction crisis, and that both are inexorably linked to discussions of police reform. “These issues are extremely complex…you can’t just defund the police.” Her grasp of these issues is rooted in the loss of her husband of 22 years to alcoholism seven years after they divorced. “You can’t send a social worker to confront a violent, mentally ill, 6’2”, 220lb raging alcoholic.”

She thinks there are solutions to be found if all the various institutions serving people in crisis were brought together. “People in crisis touch on every institution—hospitals, insurance companies, criminal justice, etc.” Heidelbaugh envisions using the bully pulpit to organize a sort of “blue ribbon” commission to reimagine solutions to failed policies.

“As the fifth largest state, we could assemble a group of the Commonwealth’s best and brightest minds in medicine, education, and law enforcement—get these people in a room with the directive to discuss what works, what doesn’t work, and what issues frustrate the process to prevent good outcomes.”

For example, Heidelbaugh thinks law enforcement, social workers, and family members are often hindered from adequately dealing with individuals who may need to be “302’d” [4] because they are a danger to themselves or others. She believes that sometimes people fear taking that necessary step because of the long-term ramifications to that individual’s freedom. Heidelbaugh contends there is a need for a better mechanism that doesn’t carry lifelong stigma [5] .

“These people touch on every institution—hospitals, insurance companies, criminal justice, etc,. Let’s put some ideas together and submit them to the Legislature and Governor to act on. I don’t know of any executive level government official who has convened them all to take a three-sixty view. Maybe they wouldn’t come up with anything—but I don’t think that would happen.”

I asked Heidelbaugh if she ever catches flack for her conservative views. “I’ve experienced the conservative thing all my life, a lot of lawyers are democrats.” She recalls the left side of the spectrum being very vocal in college, and admits that she didn’t always feel free to speak out, but on the whole has always tried to give her point of view.

For nine years, Heidelbaugh appeared regularly on a political talk show hosted by WQED where she contributed a conservative viewpoint. “My conservative friends would always ask, ‘why do you go on that show? Only lefty’s watch that show, you can’t make any headway’ and I always said ‘because if I fail to speak as a conservative, then that viewpoint will never be heard.’”

She says the best compliment she ever got came from a liberal viewer of that show—who told her she changed her mind on a particular issue because of an argument Heidelbaugh made during an appearance. “So, I’m willing to accept the flames and arrows because both sides are important for democracy…the worst thing for society is intolerance of thought.”

[5] Subsequent to an order for involuntary commitment under § 7302 “it shall be unlawful for any person … [w]ho has been adjudicated as a mental defective or who has been committed to a mental institution” to possess a firearm.” Gorry v. Pennsylvania State Police, 144 A.3d 214, 218 (Pa. Commw. Ct. 2016)