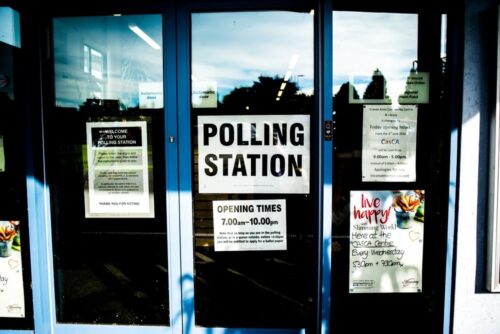 Imagine your state is holding an election, and you are seeking to exert your constitutional right to vote. But wait – the past month has been filled with turmoil regarding a global pandemic that has resulted in thousands of deaths nationally, and hundreds of thousands globally. Seemingly overnight, your entire world has changed – you can’t even go to the grocery store without being surrounded by constant fear and anxiety. In the midst of all of this uncertainty and panic, you are faced with the decision of going to vote at your polling station or staying home to protect yourself. What do you do?

This is the exact problem thousands of voters in Wisconsin faced heading towards the April 7 election. Wisconsin, like a majority of states, is under a stay-at-home order in an effort to reduce the spread of COVID-19 and prevent the state’s healthcare system from being overwhelmed. [1] However, the stay-at-home order originated on March 24, just 15 days before the election, leaving Wisconsin voters who had not requested an absentee ballot no time to do so, and those who had had requested an absentee ballot faced the risk of not receiving it before the election, due to such a high volume of absentee ballots requested. [2] In fact, Wisconsin officials estimated that at least 27,500 absentee ballots would come in beyond the deadline and thus would not be eligible to be counted. [3]

Recognizing the implications of in-person voting on election day due to COVID-19 concerns, experts and advocates strongly recommended that the state move towards voting by mail exclusively for the upcoming election. [4] On April 3, Wisconsin Governor Tony Evers proposed a solution to the impending problem to the state Republican-controlled legislature: convert the election to an all mail-in votes that would count all ballots received by May 19. [5] The legislature refused. [6]

With no support or solution from the state legislature, Governor Evers sought to solve the problem himself. [7] Governor Evers invoked a broad emergency power and issued an executive order that suspended the election until July 9. [8] This executive order was challenged, resulting the Wisconsin Supreme Court striking it down but extending the absentee voting deadline until April 13 to give voters enough time to receive their ballots rather than risk exposure by in-person voting. [9]

The Republic National Committee (“RNC”) appealed the state court’s decision to the Supreme Court of the United States, seeking to stay the decision and continue to hold the election on April 7. [10] The Democratic National Committee (“DNC”) argued that overruling the state court would disenfranchise voters and essentially ask them to risk their health just to vote. [11] Specifically, the DNC urged that the RNC’s push to proceed with the election was a voter suppression tactic designed to lower voter turnout and protect the conservative state Supreme Court Justice Dan Kelly’s seat from the liberal challenger, Jill Karofsky. [12]

On April 6 – the day before the election – the Court issued a 5-4 decision with the Justices voting along party lines, overruling the state court. [13] The majority opinion – which was unsigned – focused on the “narrow, technical question about the absentee ballot process.” [14] The five conservative Justices stressed precedent discouraging the alteration of state election rules, stating, “this Court has repeatedly emphasized that lower federal courts should ordinarily not alter the election rules on the eve of an election.” [15] The majority noted that “even in an ordinary election voters who request an absentee ballot at the deadline…will usually receive their ballots on the day before or the day of the election.” [16] Thus, the majority found no evidence put forth indicating that voters in Wisconsin would be in a “substantially different position from late requesting voters in other Wisconsin elections.” [17]

In the dissenting opinion, Justice Ginsburg penned a fierce response to the majority that was joined by the other three liberal justices. [18] The 87-year-old Justice began her dissent discussing the COVID-19 pandemic, stating that “[b]ecause gathering at the polling place now poses dire health risks, an unprecedent number of Wisconsin voters – at the encouragement of public officials – have turned to voting absentee.” [19] Justice Ginsburg argued that one central concern the majority ignored is the fact that many voters will have to decide whether to vote and risk their safety or stay home and not vote, explaining the concerns “advanced by the Court and the applicants pale in comparison to the risk that tens of thousands of voters will be disenfranchised.” [10] In response to the majority’s assertion that this situation does not place voters in substantially different positions than ordinary elections, Justice Ginsberg described this reasoning as “boggl[ing] the mind” given the global pandemic and the surge in absentee ballot requests. [21]

Due to the Court’s ruling, the Wisconsin election was held on April 7, and those unable to timely secure an absentee ballot either stayed at home or waited in massive lines for hours at polling stations due to the limited number of polling stations. [22] Some heavily populated cities in Wisconsin, meaning those containing more than 70,000 residents, only had one polling station. [23] For example, Milwaukee normally contains 180 polling stations but on April 7,there were only five. [24]

The concerns of Wisconsin public officials prior to the Court’s decision that in-person voting would result in an increased number of cases has proven true, being that 19 people who either voted in-person or worked at a polling site on election day have tested positive for COVID-19. [25] Officials continue to interview and follow up with voters and polling station workers to monitor the spread. [26]

Interestingly, the results of the election surprised many. Due to the Court’s decision, many pollsters expected a majority of voters to stay home and believed that this would result in favorable results for Republicans. [27] However, the incumbent Republican Wisconsin Supreme Court Justice lost his seat to his liberal contender Jill Karofsky, showing that Democratic turnout, even in the face of a global pandemic, was strong in Wisconsin. [28]

The Court’s decision has resulted in significant backlash, asserting that the majority opinion disregarded the safety of individual voters as well as the public health of Wisconsin communities and allowed the disenfranchisement of voters in the face of a pandemic. [29] Some have even gone so far as to call the Justices behind the majority opinion hypocrites, due to the fact that at the time they overruled the state court’s decision, they did so virtually so as to protect themselves from the pandemic, but were asking Wisconsin voters to choose between in-person polling or not voting. [30]

On the other hand, others state that it is not the Court that should be facing criticism but rather the Wisconsin legislature that refused to implement a solution. [31] These supporters contend that the Court applied the law that exists appropriately, but had the state legislature acted, the Court may not have needed to get involved. [32]

Given that we are in the year of a presidential election and the importance of upcoming elections – let alone the importance of elections in any year  – one hopes that other states will learn from the events that occurred in Wisconsin surrounding its election.