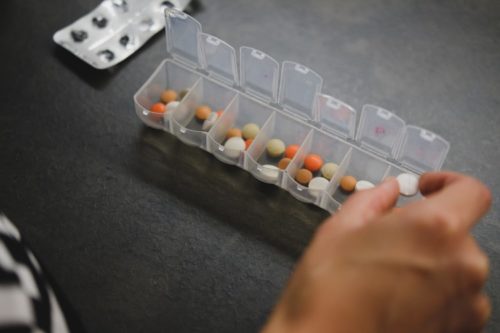 Last month, notable Duquesne Law alumnus and nationally renowned plaintiff’s attorney Thomas Kline secured an $8 billion verdict for his client against Johnson & Johnson, Co. and Janssen Pharmaceuticals. [1] The verdict was the culmination of Murray v. Janssen Pharmaceuticals, a three-week trial held in Philadelphia County, Pennsylvania. [2] The award is the largest in the history of Risperdal drug litigation, an on-going class-action lawsuit which consists of over 7,000 cases pending in the Philadelphia Court of Common Pleas. [3]

The case was initially heard in 2016, and resulted in Kline winning a verdict of $680,000 in compensatory damages for the plaintiff, Nicholas Murray, a resident of Maryland. [4] Murray alleged that his use of the defendants’ advertised antipsychotic drug, Risperdal, had resulted in gynecomastia, a condition where a male begins to grow female breast tissues. [5] Murray further alleged that not only had Janssen’s drug caused his gynecomastia, but also, Janssen had negligently failed to warn health care providers of the risk of gynecomastia associated with Risperdal use. [6] Murray had been prescribed the drug in 2003. At the time Murray was prescribed, the drug was “off-label”, meaning it was unapproved for pediatric use by the FDA. It was later approved for this use in 2006. [7]

Kline’s argument to the jury stressed the narrative of a powerful corporation valuing its own profits over the safety of children and their customer base as a whole. [11]

“Johnson and Johnson is a company which has lost its way,” Kline said. “This jury, as have other juries in other litigations, once again imposed punitive damages on a corporation that valued profits over safety and profits over patients. Johnson & Johnson and Janssen chose billions over children.” [12]

At closing arguments of the recent trial, Kline argued that the Court needed to “send a message” to large pharmaceutical companies who engaged in such blatantly negligent behavior. [13] That message was certainly sent, as the $8 billion verdict was the largest settlement in Pennsylvania since 2000, when the state was awarded $11 billion as part of a $206 billion national settlement, ending tobacco litigation. [14] This award is by far the largest settlement for an individual plaintiff since the tobacco settlement. [15] In granting this historic verdict, the jury claimed that Janssen Pharmaceuticals and Johnson & Johnson had engaged in a “pervasive nationwide effort to illegally market Risperdal and downplay its very serious risks on a systemic level.” [16]

Johnson & Johnson is currently valuated at roughly $60 billion, making the recent verdict worth over 10% of the company’s total worth. [17] Johnson and Johnson called the award a “clear violation of due process” and say they plan to appeal immediately. [18] The $8 billion granted in punitive damages is a stark contrast to the $680,000 compensatory damages the Court awarded initially in 2016. [19] Given the large disproportion between the compensatory damages and the punitive damages, there is a strong chance the verdict will be overturned. [20] Regardless of what happens on appeal, this verdict, along with the recent allowance of punitive damages to be considered in this specific litigation, signal a strong message being sent from the courts to the pharmaceutical industry.