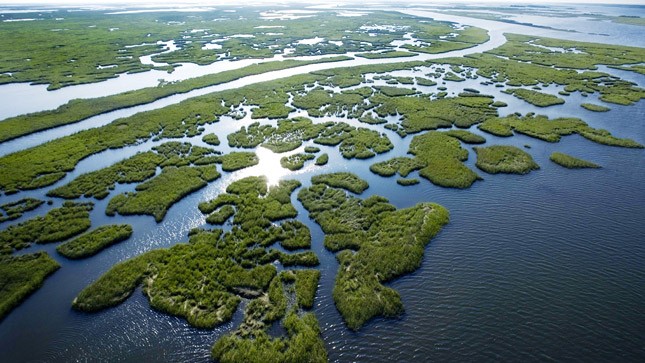 The EPA – Promulgating a rule it already has the power to do, or creating new law?

As of January 19th 2016, the Environmental Protection Agency (EPA) proposed a rule entitled, Treatment of Indian Tribes in a Similar Manner as States for Purposes of the Clean Water Act.[1] This proposed rule will fit into the already existing structure of the Clean Water Act (CWA)[2]. The EPA is authorized under the CWA to consult with Indian tribes to promulgate final regulations specifying how tribes will be treated similar to states for purposes of the CWA (TAS). While some CWA programs have actually promulgated these final TAS regulations, there has been no explicit addressment of TAS regulations for the 303(d) program of the CWA. This proposed rule, if brought to fruition, will allow tribes to have a process whereby they can apply to the EPA for TAS eligibility to establish lists of impaired waters and develop Total Maximum Daily Loads (TMDLs) for those waters in alignment with the CWA’s 303(d) program.

Section 303(d) of the CWA permits states, territories, and authorized tribes to develop lists of impaired waters. Theses impaired waters are waters that technology-based regulations and other required controls are not strict enough to meet water quality standards set by states, territories, and authorized tribes. The 303(d) program would allow tribes to compile pre-existing water quality data, develop lists of waters they deem to be declared impaired every two years, and establish TMDLs for every water on the list. This would permit tribes to become more directly in control of the regulation of the waters they utilize on a daily basis on their lands. A TMDL is a calculation that has been determined to be the desired maximum amount of a given pollutant that a water is permitted to receive which would still allow that water to be able to meet the Water Quality Standard (WQS) and provide a reasonable amount of safety.

There seems to be a general consensus that the proposed rule is acceptable and simply permits an already authorized body (Indian Tribes) to utilize the CWA 303(d) program in an outlined TAS manner. However, some tribes are concerned that the EPA already lacks the capacity to adequately review information it receives from non-tribes as to 303(d) program waters, let alone additional information that would be sent by the potential 566 federally recognized tribes. Additionally, the Pueblo of Sandia note in their comment response that most tribes already work in conjunction with their states to achieve the CWA’s 303(d) program’s goals. Yet the Pueblo suggest that there should be a prerequisite requiring tribes to have applicable WQSs in place for their reservation before tribes can apply for TAS eligibility for the 303(d) program.[3]

The EPA’s proposed rule as permitting Indian tribes TAS with regards to the CWA’s section 303(d) program is in accordance with the EPA’s authority to promulgate. However, the EPA should be required to follow the procedures that it has already laid out in its application of the CWA’s programs. Such that tribes should be required to go through the EPA’s pre-existing procedures to obtain applicable WQS for their reservations before they can apply for TAS eligibility for the 303(d) program of the CWA, which would preserve the structure of the CWA and its programs so as to enable states, territories, and authorized tribes to utilize a streamlined procedure which allows the public to more easily comprehend the steps involved and prevent the disintegration of the CWA’s programs.